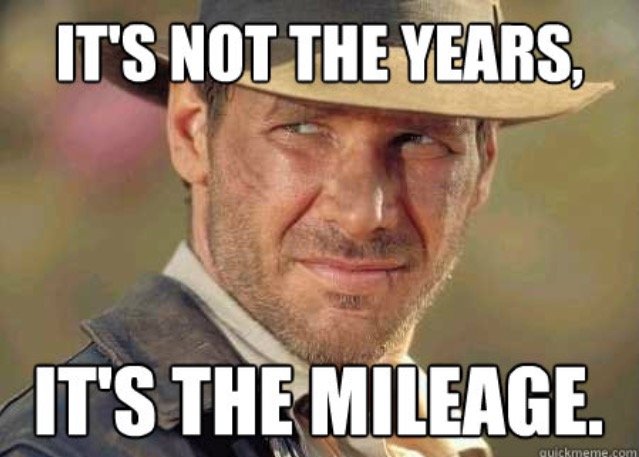 60-year-old Joe worked as a “short-haul” truck driver for a large grocery chain for 29 years – almost half his life. Each workday he would go to the warehouse, load a large trailer with pallets piled high with groceries, hooked up the trailer to a truck, and drove it to a store. Once there, he would unload it, and drive it back. Things didn’t always go smoothly – sometimes the roads to the stores were rough, the pallet jack didn’t work right, or if the trailer door got stuck he’d struggle to get it open or closed. But no matter what it took, Joe got the job done.

As the years went by, Joe started feeling pain in his shoulders, back, and knees. Eventually, the pain didn’t go away, and he found it harder and harder to get out of bed in the morning. Joe’s supervisors noticed he was moving slower, so they started writing him up for “violations” of their rules. Eventually, they fired him for something he and everyone else had been doing for years. Joe suspected the real reason was that he wasn’t able to move as quickly as the younger employees.

Joe saw his personal doctor for help with his relentless pain and was told that his body was worn out by the type of work he did for decades. He reported his doctor’s findings to his employer and filed a workers’ compensation claim. The employer ignored the first doctor’s findings and sent him to their own doctor who told him his problems were because of his “age”. His claim was then denied by the workers’ compensation adjuster based on their “investigation”.

You would think that everyone would understand that workers like Joe deserved the protection of the workers’ compensation system. Indiana Jones sure did.

But you would be wrong.

As we speak, large employers and insurance companies are proposing ways to make it even harder for people like Joe to obtain benefits.

Current law requires a physician to make a determination that it is “more likely than not” – 51% – that Joe’s 29 years of work played a role in causing his permanent injuries.

But now, these special interests want to ADD a requirement to the law that Joe also proves that the MAIN REASON he is injured is because of work activities. If the law changes, Joe might not receive any workers’ compensation benefits at all – even though part of the reason he has permanent pain is that of the work he did.

The odds are already stacked against a California worker injured on the job, and the political reality is special interests are always looking for ways to change the law so they can reduce benefits and pocket the savings – all at the expense of people like Joe.

For over 25 years I have been fighting for injured workers like Joe, and I enjoy what I do. Every few years, special interests manage to make it even harder for workers to obtain fair results, but if someone has a legit case, I am always willing to see if I can be of assistance. Call us if you would like to discuss your potential case.

The pandemic has exposed the fact that some people just can’t seem to follow the law. Like the drivers doing 100 MPH on the freeway endangering everyone...

Some States have attempted to protect certain classes of workers when they are infected with COVID-19 by passing new laws. Nevertheless, huge insurance...

Corporate greed and retaliation aren’t new - but it is especially disgusting when it rears its ugly head in the midst of a pandemic while its workers are...