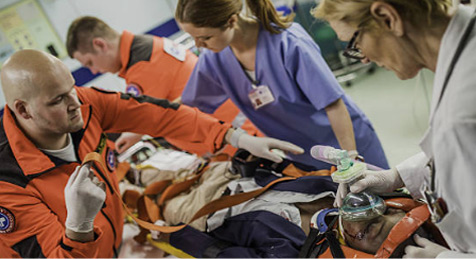 On December 2nd, 2015, a terrorist opened fire on office workers at the San Bernardino County Department of Public Health, killing 14 and seriously injuring 22 others. A year later, many of those survivors are caught in a frustrating battle with the county’s and the state’s workers’ compensation programs.

A representative of the county stated that San Bernardino workers’ compensation was planning on hiring a group of liaisons that would work specifically with the victims of the terrorist attack. He went on to say that the county would like to give the victims the coverage for medical treatment beyond the minimum requirements of the law.

At Thomas F. Martin, PLC, we have been representing clients throughout Southern California who have been injured while on-the-job and offer knowledgeable and compassionate help. Get to know more about our Santa Ana and Orange County workers’ compensation lawyer by calling 714.547.5025.

Suffering a career threatening injury can be a frightening experience. The physical pain and suffering aside, the fact that you might not be able to work...

The term ‘work injury’ is generally associated with physical injuries sustained by workers on the job. However, California is one of the few states that...

Nobody expects to get injured on the job. The truth, however, is that every year, thousands of workers are injured in California – due to their own...